It is no secret that the Green Bay Packers need to cut salary. The team does not know what the cap will be next season, but they do know that it will be lower than what it was this season. The teams needs to free up about $28 million in cap space.

This weekend, Ian Rapoport reported that the Packers created about $8.3 million in cap space by restructuring Bakhtiari’s deal. Basically, what the team did was convert roughly his $11 million roster bonus into a signing bonus. This doesn’t change Bakhtiari’s deal it just helps the Packers with their cap space in the short term.

Now, General Manager Brian Gutekunst and cap man Russ Ball have their work to do. This is just a start and the right move to start with.

The Packers need to create the cap space to resign Aaron Jones and Corey Linsley. It could also be used to sign a free agent or two. The team will need to make some more moves to free up more cap space.

I fully expect to hear about more of these restructured deals with the Packers and teams throughout the NFL. A lot of teams will be going through the same exercise as Russ Ball and Brian Gutekunst are doing to get under the cap. This was the first of many moves to come for Green Bay in what for sure will be a busy off-season. 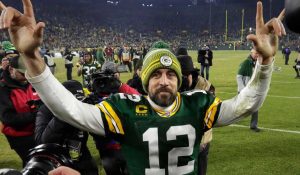 3 thoughts on “Packers restructure Bakhtiari’s deal to free up $8.3 million in cap space”